Node-RED as a managed cloud service

FRED, our cloud based version of Node-RED is a great tool for developers who want to use it for rapid development of IoT apps. The combination of a visual drag ‘n drop interface and set of pre-built nodes makes it easy to quickly develop IoT apps.

But FRED is also available as a branded, or white label service for you to offer to your customers. An example reference customer using the white-label version of FRED is Neue Labs in Sweden. 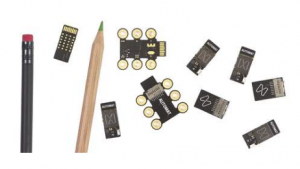 They knew that Node-RED was the way to go, it offered an easy visual development tool that would allow their customers to quickly develop IoT applications that used their unique Automat hardware. However, the didn’t want to build and deploy a cloud based Node-RED service and so contacted us to see if we could help.

FRED offers exactly what they needed – a cloud based, managed Node-RED service that is designed to scale as they grow their business. FRED is easily branded, and can be tailored with nodes and flows targeted for specific hardware and users. It’s built in billing system is flexible enough to allow you to charge you customers in ways that make sense for your business. Working with Neue Labs, we have developed a set of
custom Automat nodes that work directly with their hardware and allow their customers to rapidly develop applications using the automat hardware.

The result, Neue labs are able to focus on their hardware product and their customers, allowing them to get to market quicker.

If you have a similar need for a custom branded Node-RED service – it could be for a specific IoT device you build, or for dev kits & boards you sell – talk to us: info@senstecnic.com